In between working on other projects, like typesetting articles for Carleton’s Undergraduate Journal of Humanistic Studies and slowly filling a spreadsheet with lemma and definitions of Latin vocabulary, I’ve continued my Unity training. In this tutorial, I learned more about lighting, assets, and scripting. I also built my first game controller to manage score-keeping and UI (user interface) and added my first sound effects. 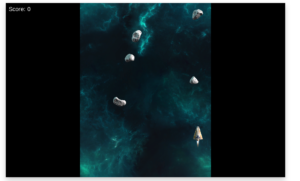 Adding the game controller created some logistical problems which, though I’m new to them in Unity, are very familiar to me as a programmer. Essentially the problem is that when different objects are separated out, their information and variables are private. Sometimes, for instance, the game controller doesn’t have a way of observing something that happened to the player object, but it needs to be able to act on that information. Setting up the objects so that they can communicate about events is essential, but it’s not always obvious in the beginning that they need to share information. Figuring out that aspect of scripting will be very important in scaling development from demo-sized games to the large Unity project for which I am training.

Use arrow keys/WASD and mouse to play my game.

A significant part of my work continues to be for Team Workhouse, including the work I did over winter break for Professor Susannah Ottaway ‘89. My earlier post detailed my process for determining the locations of parishes in England in order to better understand the use of workhouses for poor relief in the late 18th and early 19th century. I continued to find locations over break, and then double checked those locations I had found to make sure I hadn’t missed any parishes and so I was confident in the new locations. Finally, though, I finished that and reached a point where I could leave the spreadsheet behind and begin mapping! Of course, I quickly learned that you can never really leave the spreadsheet behind.

I quickly ran into a problem: I was working from home, so I only had access to ArcGIS online, which, while a great tool, is not as powerful as the desktop version. The online version will only take up to 1000 entries in a CSV upload at a time, and the database has a little over 3300 entries! I was able to get around this by splitting the spreadsheet into four separate uploads, broken up along county lines to make my life a bit easier. I finally got all four CSVs into ArcGIS online, double checking that all locations were in fact in the map document.

Once I had all the locations in, I was finally able to step back and look at the data as a whole (insert my rough map of all the workhouses colored by county). I soon noticed what looked to be another problem. Since the parishes were colored by county, there were some obvious outliers. In addition, I had imported a layer that showed the 1851 county boundaries, and many of these outliers did not match the county boundaries of that layer. I went through the counties again, looking at parishes that were at least three miles outside of the county boundaries, recording those that fell outside those boundaries to later check to see if the location was correct, and potentially correct it.

While I did find some incorrect coordinates, many of them were actually correct. As I dug into the parishes I thought were incorrect, I learned that many county borders had changed, and many had even had parts of their counties that were not continuous with the rest! Fortunately, I was able to find a layer file of the English and Welsh counties in 1831 courtesy of the Cambridge Group for the History of Population and Social Structure , when many of these exclaves still existed. Using this layer, it was much easier to visually check that parishes seemingly outside their counties were in fact within their boundaries. Once again, the county layer made my life much easier – instead of going back through my spreadsheet, quicker visual checks were now possible for what I thought were incorrect – and many did turn out to be correct.

Now that I’m confident in the parish locations, my next steps are to really dive into the maps and cartography. The data for the maps is all there, but the task now is to create polished maps for both print and online publication. Despite some of my struggles with both the technology and the content (I had no idea that counties could have exclaves!), the use of GIS was a valuable tool, not just for the cartography, but also for the vital step of confirming that parishes were actually where they were supposed to be. 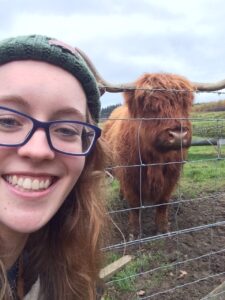 Hi! My name is Martha Durrett, and I’m a junior Computer Science and English major at Carleton College. Computer science and English! What? “Well those don’t overlap at all,” you might say. In some way you’re right…I certainly won’t be counting any of my CS classes for English credits. But in many ways that’s wrong – for example, digital humanities! Could I have found a more fun and engaging way to integrate my two majors?

As I learn more about digital humanities, I’m hoping to continue to break down that distinction between “English major” and “computer science major.” I want to discover fun and engaging new ways to integrate not just English and computer science, but any subject that piques my interest. Who says subjects need to be separate? (Finland doesn’t – check this out if you haven’t heard about Finland’s radical educational reform.)  Throughout the rest of the year, I’ll be thinking about how the digital world is changing expectations about how we’re supposed to learn about and interact with the humanities. If you ask me, the humanities (whatever that hefty term entails) have spent far too long hiding inside of textbooks, and it’s about time we did something new with them!