After a week of training, I’ve found that a digital humanities project can come in many shapes. Just this week, while making a practice website for Defeat of Jesse James Day, we combined an online map, timeline, and exhibit into a single project. For each different project we take on, there are tons of online resources to help. For example, we’ve looked at websites that build custom timelines and maps that hardly require any coding on our side. Sometimes the process was as simple as inputting our data into a spreadsheet, and pasting an embed code onto the web page! As the term progresses, I’m excited to learn more about the digital humanities tools that already exist and how we might further customize them to fit our needs.

A local server environment will make testing themes and plugins of WordPress much easier. One of the ways to achieve this to install WAMP on your PC. I found this great blog post titled How to Set Up WordPress Locally for PC/Windows with WampServer by Raelene Morey. I installed WAMP on my PC and set up WordPress following this guide. Here is a summary of what I did and found, including a few details which are emitted from the guide.

Install WAMP on your PC

Set-up Wordpress on WAMP (things emitted from the guide) 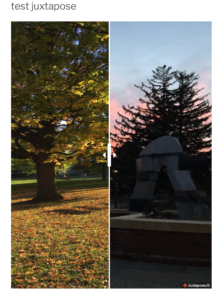 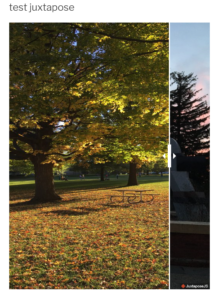 It is no secret to anyone who has spent any amount of time at Carleton that life here is busy. Classes, workstudy, sports, rehearsals, volunteering, research and occasional sleep combine in elaborate ways which can make anyone dizzy and make planning ahead and keeping track of all the commitments almost impossible. I remember thinking when I was applying to be a DHA last year: “This job is so awesome! I get to schedule my own hours – that means I can just work on the projects whenever I have free time”. I was only partially right. The job is indeed awesome, except there is no free time. As weeks go by, the term gradually turns into an avaricious time-sucking wormhole – and finding time to work becomes a struggle, sometimes (almost) making me wish I had a set schedule.

My job as a DHA made me realize how inept I am at organizing my time. I can finally feel that I’m slowly but steadily getting better. Here’s what I’ve learned (by many a trial and many an error):

In this way my work as a DHA has inspired me to start an uphill battle with absent-mindedness and procrastination. It will be a long and tough one. But I have hope.

As I near the end of my second term as a DHA, it is a good time to reflect on what I’ve learned from this experience so far. Since starting in September, I have learned, been exposed to, and experimented with a number of digital tools. Although the major tool I have been using in my work is ArcGIS, being part of the DHA team and Team Workhouse means that I learn more every week from the work other team members have been doing. However, perhaps more importantly than learning digital tools, I have learned the importance of communication and asking questions.

For teams like the DHAs and Team Workhouse, communication is crucial. Just like the game objects in Bard’s Unity project that needed to share information in order to function, people on teams also need to share information in order to function smoothly. Uncertainty about who is doing what is not efficient or productive for teams. A particularly important part of communication is asking questions. While I have learned a lot about digital tools these last two terms, I know that there is a lot that I still don’t know. While sometimes it can be productive to struggle through uncertainty to figure something out, other times the process can be greatly improved by a quick meeting or email exchange.

One example of this was when I was helping to migrate our website to a new page (you can see our current website here!). In particular, I was struggling with moving media (especially videos) over to the new site. I spent time looking through Reason’s documentation and trying to figure it out myself, but made very little progress on my problem. Finally, I talked to Doug Bratland, Web Content Specialist, part of Carleton’s Web Services Group. He was incredibly helpful and in just a half hour was able to fix the problems I had been working on. Not only did he solve the problems I was having, but he also took time to explain why I had been running into problems and make sure that I understood what he did to solve them. I came away from that meeting with not just solutions to the website issues, but also a deeper understanding of how Reason CMS works. If I had not asked for help and questions about the problems I had with the website, not only would it have taken much longer to fix, but I wouldn’t have learned as much about how it works. Although just one example from my two terms as a DHA, it nevertheless illustrates the importance of asking questions about things I don’t know. And although I have learned a lot about digital tools in the past two terms, there is still a lot I don’t know. So, I will need to keep asking questions.

The cool thing about this job is that I get to constantly be doing new things and jumping into new projects. The flip side to this, however, is that each project is unique and requires very different skills – skills that I (very often? most of the time?) don’t yet have. So this term, I’ve been getting used to the fact that not having a skill to do a certain job doesn’t mean I don’t do the job, it means I get to learn how to do it. The question then often becomes, “Where do I even start to learn how to do X?” The following are some tips and tactics I’ve been working on using when I’m faced with a daunting task that I’ve never done before:

Of course, the best part about not knowing how to do something is that you get to learn how to do it and then a week later when one of your colleagues doesn’t know how to do the same thing you get to pretend that you’ve known it all along and teach them how to do it! Such is the cycle of life. Remember, everyone’s just trying to fake it ‘til they make it.